Restoration and Conservation of Small Rivers in a Large Basin

Restoration and Conservation of
Small Rivers in a Large Basin 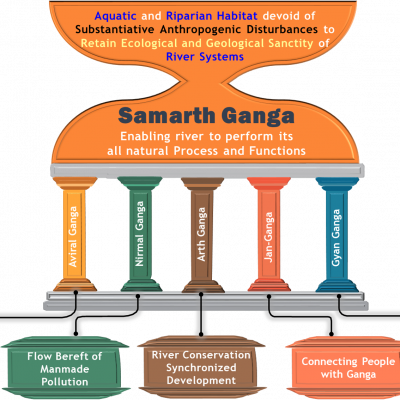 In the Fifth Edition of India Water Impact Summit (IWIS) held in December 2020 the focus was on understanding the meaning, concept and nuances of the “Arth Ganga” proposition made by the Hon’ble Prime Minister in the First Ganga Council meeting held in December 2018 in Kanpur. “Arth Ganga”, a Sanskrit word implies “meaning or spirit of rivers” as well as relates to “economics of rivers”. The word “Ganga” is referred in the larger context of all rivers, and not just limited to the bio-physical entity ordinarily known as river Ganga; as the holy river symbolizes the culture of rivers not only in India but also world over, particularly in the Indian region. The deliberations clearly revealed that development and river restoration and conservation are to be seen as two faces of a coin in the spirit of “Arth Ganga”.

Assessment of river resources and preserving the requisite portion for rivers to be able to perform many of their crucial processes and functions, referred as “Samarth Ganga”, are prerequisites for conservation of rivers. Allocation of remaining river resources for various developmental/anthropocentric needs is to be done judiciously. These aspects were deliberated in detail in the Sixth Edition of IWIS held during December 2021. Deriving from this and extending the propositions made in Ganga River Basin Management Plan (GRBMP) released in 2015 by the Consortium of IITs (IITC), team cGanga (Center for Ganga River Basin Management and Studies led by IIT Kanpur) subsequently developed the framework for “Samarth Ganga” meaning Able Rivers. The basis for Samarth Ganga lies in building and strengthening five pillars (refer to the adjacent figure), namely Aviral Ganga, Nirmal Ganga, Arth Ganga, Jan Ganga, and Gyan Ganga.

The past many decades of anthropocentric activities reveal that humans have tremendous potential to adversely impact river-systems while the long-term sustenance of activities/projects, which are directly or indirectly influenced by and/or impacted by river systems, is much dependent on the existence of healthy rivers. Thus, it is imperative that human-river interaction is understood and managed in a holistic manner adopting the “Samarth Ganga” framework to achieve Sustainable Development Goals (SDGs).
Experience of managing large river basins with focus on ensuring sustenance of rivers reveals that the state of the health of large rivers (higher order rivers) is much dependent on the condition of tributaries, smaller rivers (lower order rivers; commonly referred as rivulets, streams or drains).

Many factors, particularly influencing the health of the rivers and having interplay amongst themselves, need to be identified, studied and managed to attain the overarching goal of “Samarth Ganga” in restoration and conservation of small rivers in larger river basins like Brahmaputra, Ganga, Mahanadi, Narmada, Godavari, Krishna, Cauvery, etc. Such factors could be broadly viewed as consisting of Five Elements or Five P’s, namely, People, Policies, Plans, Programmes and Projects. The single most important challenge in River Basin Management is bringing convergence amongst these Five Elements. Thus, the thrust of deliberations in the Seventh Edition of India Water Impact Summit (7th IWIS) is to understand, elaborate, delineate potential causes of divergence, and formulate strategy for convergence through collation of views expressed in Plenary Sessions, Panel Discussions, International Forums, and informal discussions through intense engagement with the most influential players.

While many aspects are at play, a select few that are key to initiate and monitor the progress of river restoration programmes include

(i) setting the goal to determine healthy status of the river.

(ii) establishing norms for bio-physical status of rivers, determining the present condition in different stretches starting from origin to destination.

The National Mission for Clean Ganga (NMCG) and the Center for Ganga River Basin Management and Studies (cGanga) are pleased to organize the Seventh India Water Impact Summit during 15-17 December 2022. The Summit will be held at the Dr Ambedkar International Centre (DAIC), 15, Janpath Rd, Windsor Place, New Delhi with provision to have participation of some dignitaries and special guests in virtual mode as well as Webcast for delegates who are unable to travel to the summit venue.

In the past 3 to 8 years many mega initiatives such as Swachh Bharat Mission, Namami Gange Programme, Jal Jeevan Mission, Atal Bhujal Yojana, Atal Mission for Rejuvenation and Urban Transformation (AMRUT), Digital India, etc. that directly or indirectly relate to restoration and conservation of river systems were launched. Similar initiatives are also taken by many state governments to restore and conserve river systems including efforts through MGNREGA. It is essential that various activities carried out by multiple agencies of central, state and local governments as well as of international groups are scanned through the lens of a larger vision of river restoration and conservation to feed into the UN SDGs.  It is imperative to understand the bottlenecks in bringing convergence of actions on ground through a large number of projects formulated via various sectorial programmes to achieve the vision of “Samarth Ganga”.

This year, the Summit will deliberate on Restoration and Conservation of Small Rivers in a Large Basin with focus on select aspects of “Mapping and Convergence of 5P’s”. The Summit will give an insight into the potential causes for divergence and strategy to achieve convergence.

The Summit, like the previous editions of IWIS, will also host the “Finance Forum”, a special track that will bring together global financial institutions and investors interested in river restoration and conservation programmes. 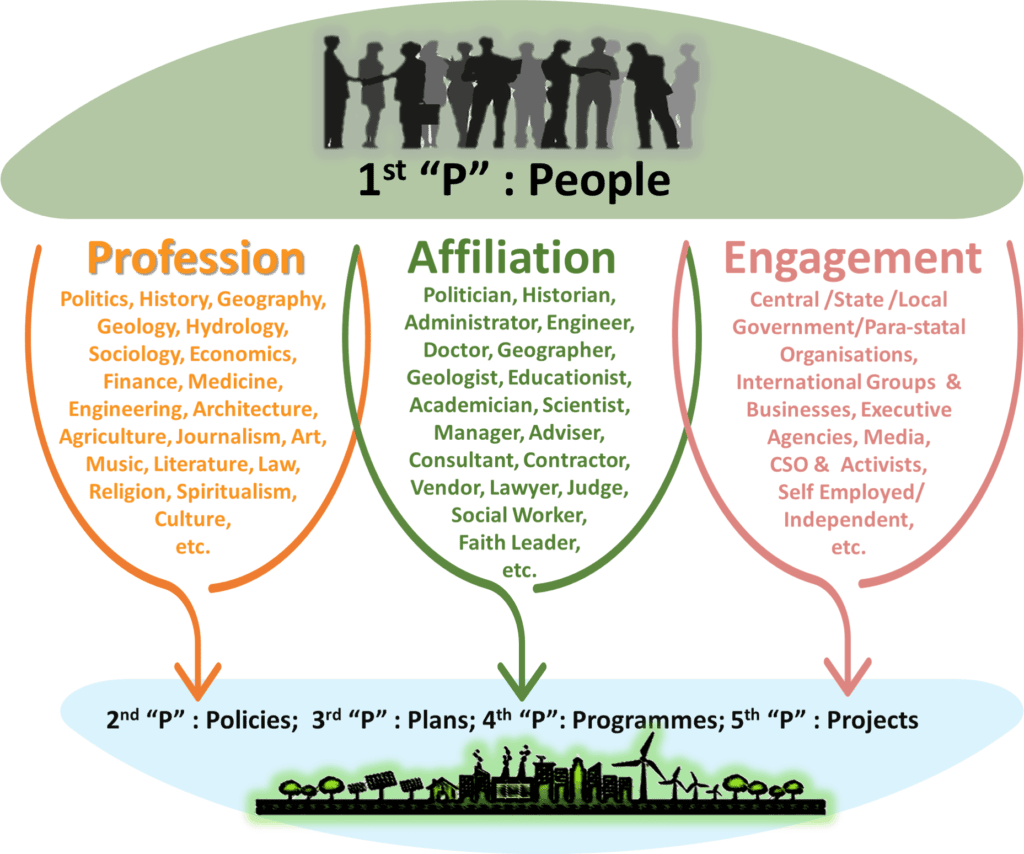 The 2022 Summit, like earlier Summits, will also provide an opportunity to dozens of technology and innovation companies from around the world that are keen to bring their solutions to India to address various issues and concerns pertinent to our river basins. The Technology Showcase will run throughout the Summit.
cGanga declared the formation of a number of task forces which were announced in 2017. The task forces are comprised of subject matter experts from around the world who provide their knowledge and expertise through specific working groups. A number of working groups will meet in parallel to further the planned objectives.

The 2022 India Water Impact Summit is organized along with many other organizations that will provide the much-needed impetus for developing water and environment infrastructure to safeguard rivers and water bodies in India. 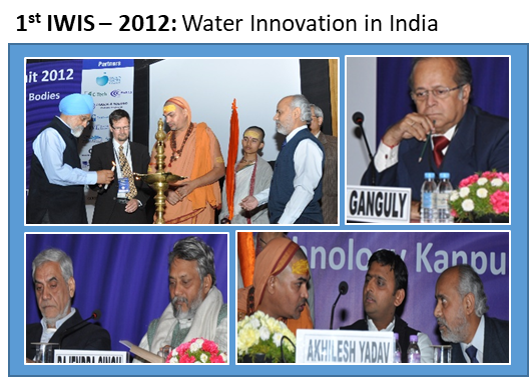 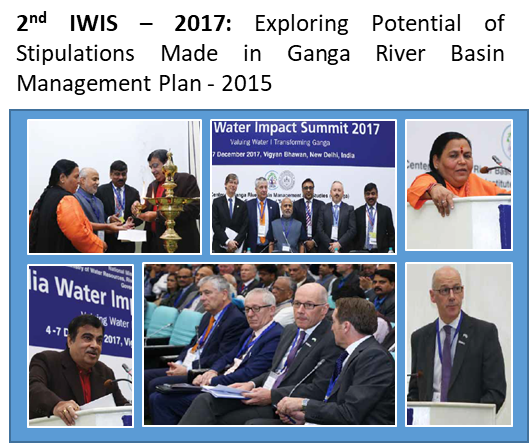 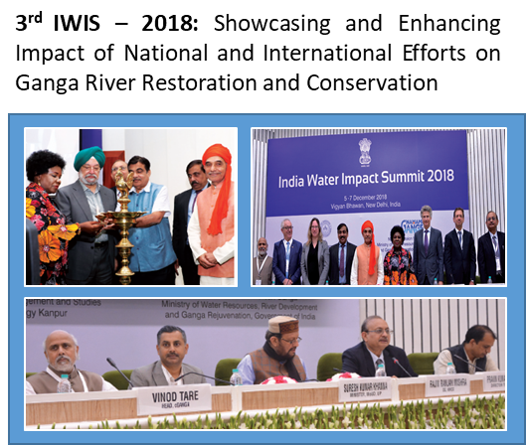 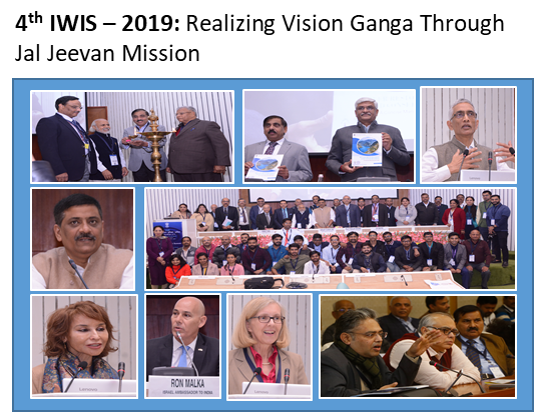 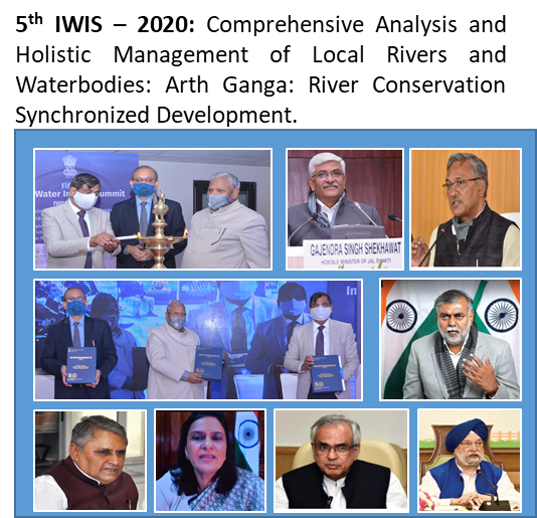 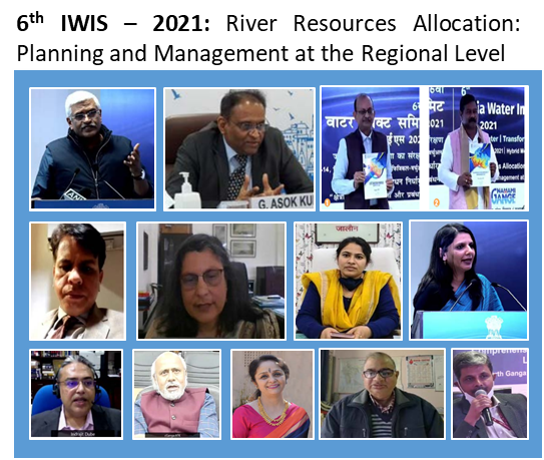 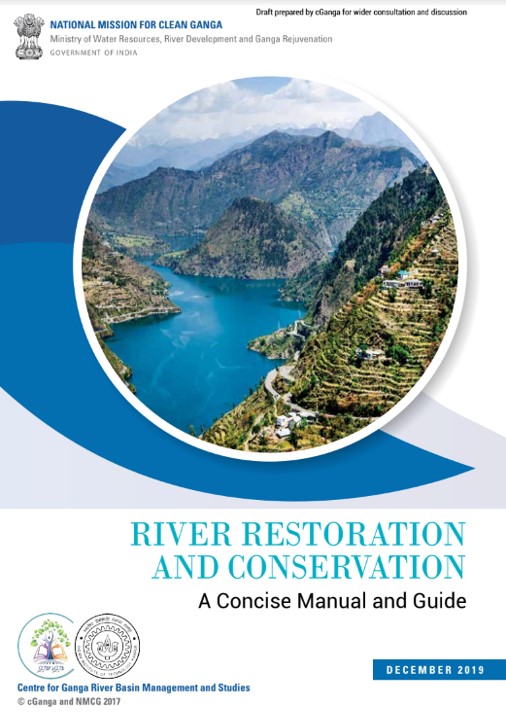 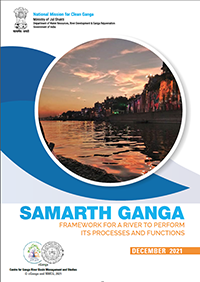 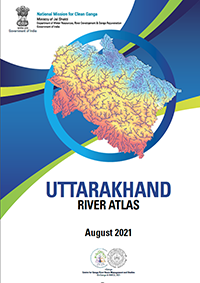 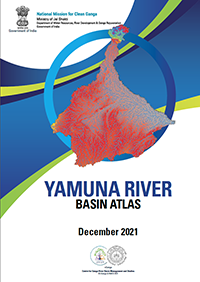 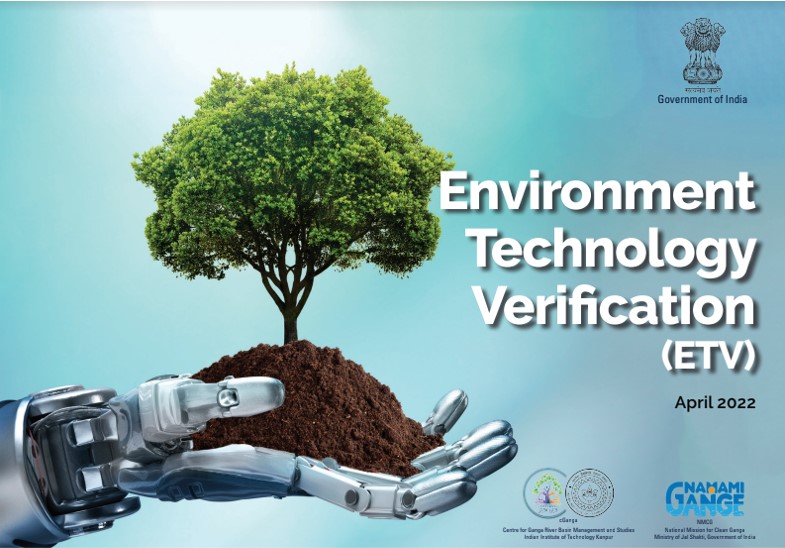 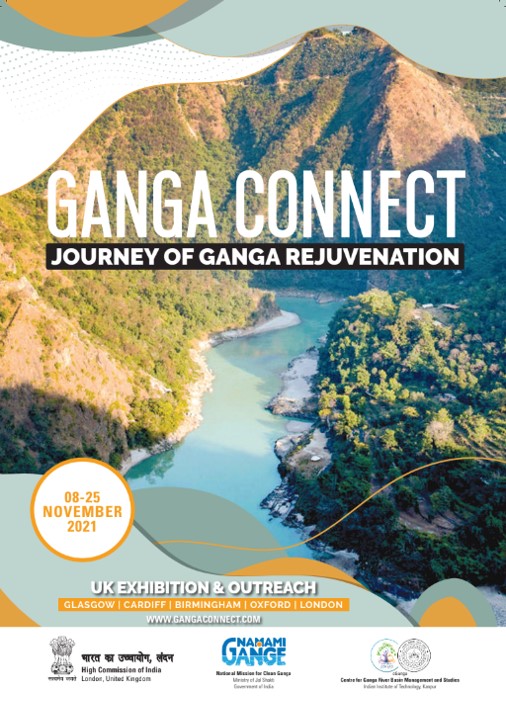 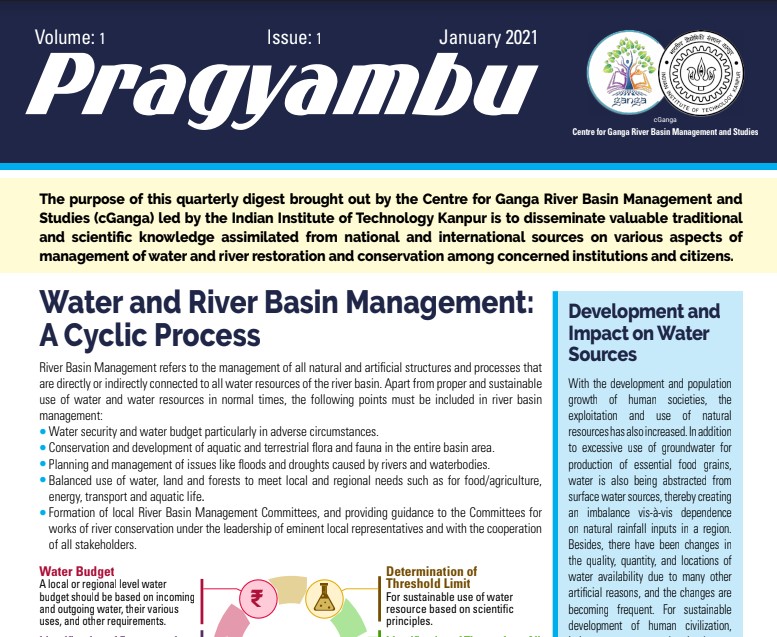 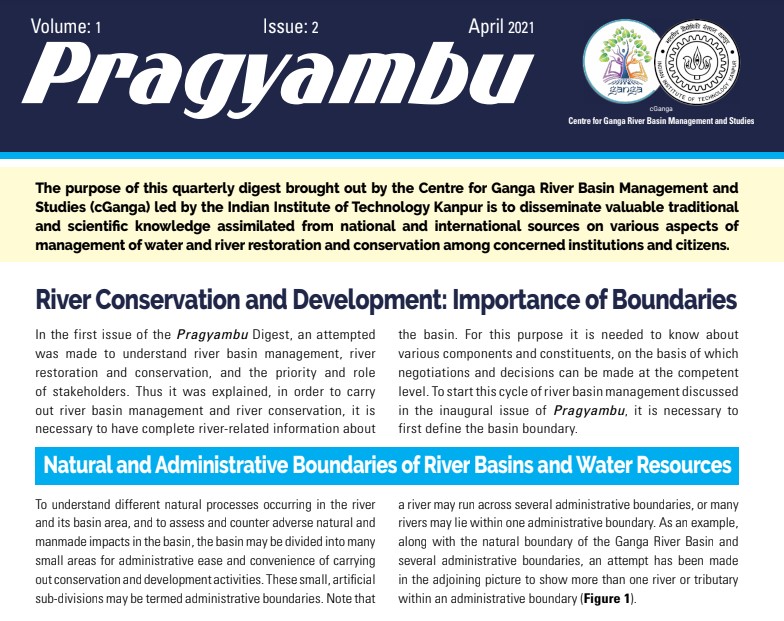 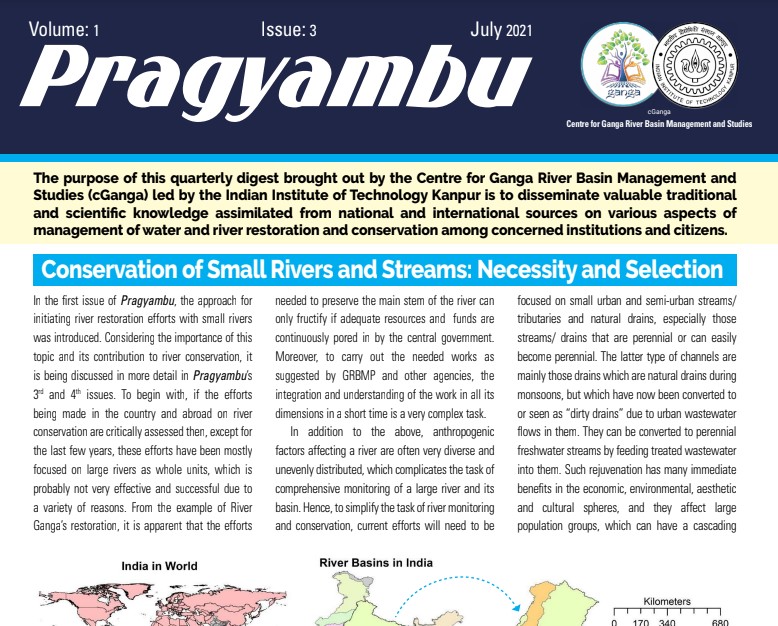 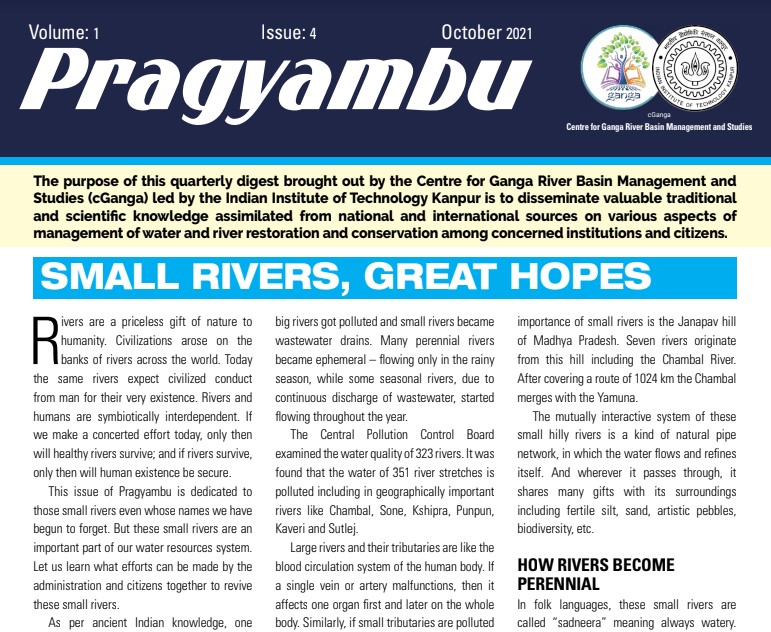 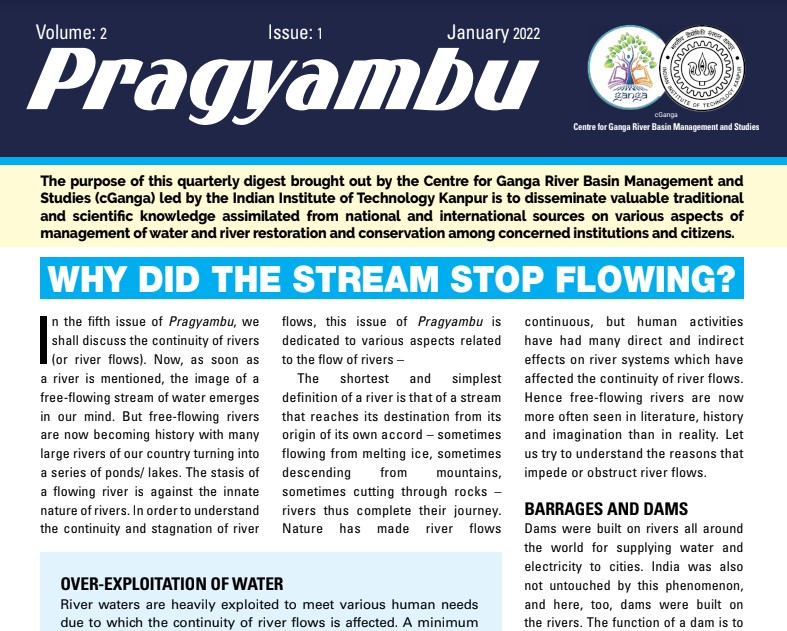 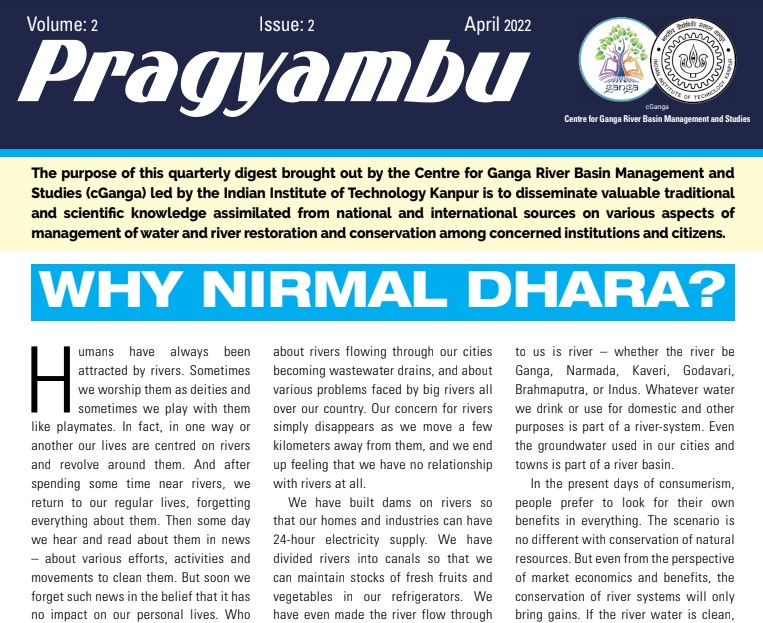 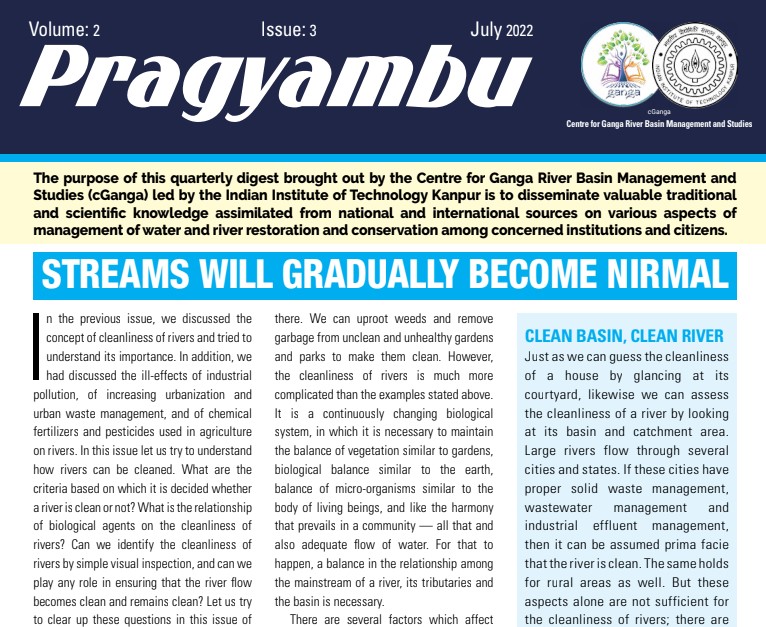 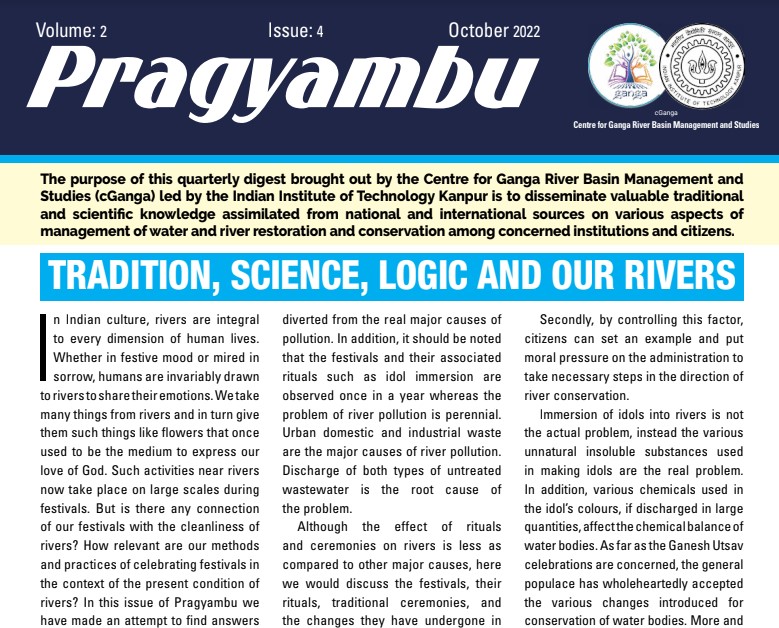 A. Engagement Models during the Summit

Professional Service Firms and Knowledge-oriented institutions are invited to partner with cGanga and NMCG to prepare and launch a number of special reports during the Summit as well as curate and organise the various Summit sessions.